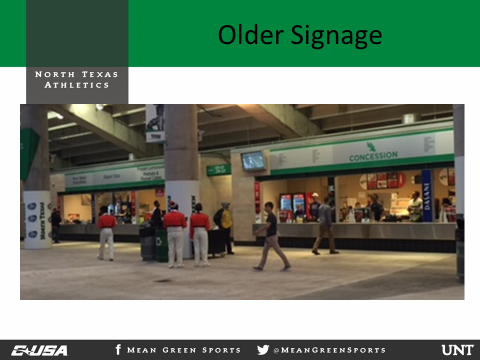 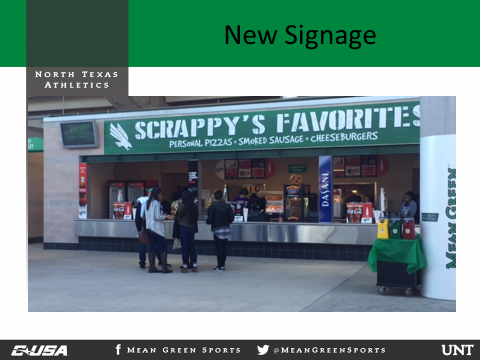 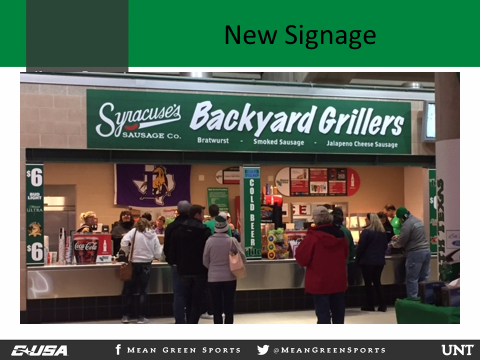 The new signage completely redefined our presence within the Apogee Stadium Concourse and easily highlighted our new menu items to all Mean Green fans.

Additionally, Coca-Cola and our local Beer Distributors assisted with dressing up the Columns between Stand windows, with signage promoting their products. This provided more visibility for their items and served as an additional menu for our Guests. 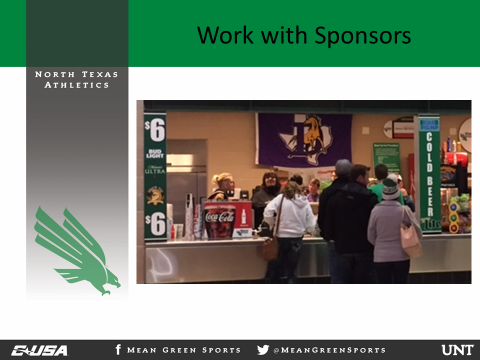 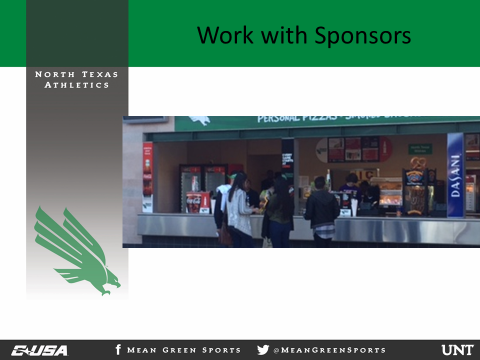 During the course of the year, we also looked to brand several complimentary items within our operation, to further enhance the brand awareness for our Customers. We added Custom Hot Cup Bowls for French Fries and Soup menu items, branded our napkin dispensers, and created a Custom wax paper liner featuring the North Texas logo for our Sandwich Baskets. 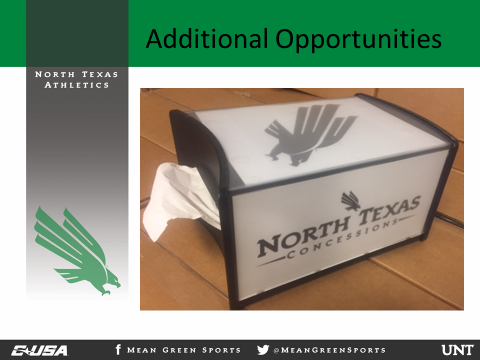 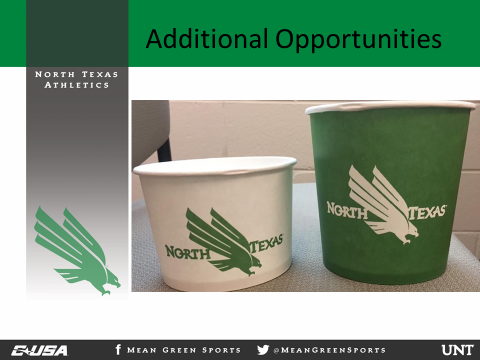 At the end of the day, the Concession Stand Refresh was a huge success for our operation. Per Caps increased 39% during the 2016 Football season, when compared to the 2015 season. Additionally, the number of entrée and snack items sold per 100 fans increased by 46% when comparing each of the past two season. We’re looking forward to another great Football Season this fall. We will be featuring several new menu items, while implementing plans to help grow our sales and improve our Customer Service even further.