Below is a link to the July Open Forum discussion. Lots of great discussions. We will have another discussion in August. Further details for that will be forthcoming.

The NACC has decided to go virtual for the Annual Conference! We have a great program scheduled for everyone and we hope you take advantage of this great event through a NEW platform, Whova. This event will provide a safe platform for our members to network, share ideas and learn from our fellow colleagues from colleges and universities across the country.
Keynote Speaker: Vinny “Coco Vinny” Zaldivar 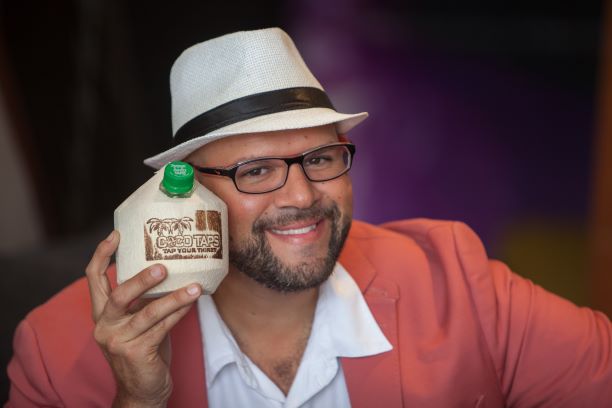 Coco Vinny is an Eco-Inventor and Zero Waste Educator and Speaker recently featured on #TheProfit on CNBC and ABC hit TV Show Shark Tank. Coco Vinny has founded and funded a variety of business ventures over the past 20 years. Coco Vinny will spend the rest of his career as The Chief Coconut-In-Charge at CocoTaps.com.

For more information on the benefits of the NACC or to sign up or renew your membership, go to https://nacc-online.com/index.php/join
After you sign up, additional information will be sent regarding Whova.

We are finalizing the details of the conference that will include educational sessions, roundtable discussions, stadium tours, and a virtual trade show! If you are interested in participating as a panelist or a presenter please contact the Executive Director.

We look forward to spending a great couple days with you. Our commitment to providing industry leading information, guest speakers, connecting with peers, and networking with different manufacturers are just a few months away!

If you have any questions please contact Chuck Aldridge at This email address is being protected from spambots. You need JavaScript enabled to view it.

Thank you again for your continued support of the NACC!
Written by Chuck Aldridge

The Ron Athey Award was established to recognize individuals for outstanding service to the Collegiate Concession industry as either a concessionaire or a vendor. Recipients have provided a significant level of commitment and service beyond department, university, or industry.
The 2020 Ron Athey Award winner is John Gibson- Director of Concessions at the University of North Texas
John was nominated by Carol Swift- Pratt Industries, Liz Deambrosio- Whirly- Drink Works! and Theresa Traulsen- Concessions Solutions and Past NACC Executive Director.
Here's what they had to say:
It gives us great pleasure to nominate John Gibson for the Ron Athey Award. John’s values and achievements represent and exemplify the attributes of this outstanding award. If you know John, you know real passion for serving others. John takes on work and life with sincerity and focus.
John has three core values that define and guide him as an individual. Firstly, he displays a relentless work ethic. This is seen in his preparation for every event, in his partnership with others to take tasks to completion and solving challenging issues. He was taught growing up “the harder you work, the luckier you get.” John and the NACC have certainly been lucky having him serve on the board for 2 terms and host 2 conferences.
Secondly, John is the opposite of complacent. He is full speed ahead in his quest for improving systems and personal growth. His mindset is focused on continuous improvements in the quality and services provided to all constituents, customers, and business partners. He challenges himself daily to be the best he can be and is open to new approaches.
Last, but not least John believes in the value of maintaining relationships which creates a strong and successful organization. He believes in his people and never asks them to do anything he wouldn’t do himself. Through teaching and delegating John instills mutual trust.
John has checked countless boxes in the NACC organization. He has served on the Executive Board from 2012-2013 and from 2016-present. He was the Assistant Concession Manager at Texas A & M from 2008-2012. He led the charge in the 2009 when they hosted the NACC conference. He moved to Cal Dining and served as the Director of Concessions from 2012- 2013. He is currently serving as Director of Concessions at University of North Texas since 2015. In 2017 we all enjoyed an incredible NACC conference there.
If you ever have a question or a need, call John because he will call you back with an answer or a plan. He follows through with passion and integrity with all that he does. He is very deserving of this award and what it stands for.
Congratulations John!
If you would like to nominate a member, please go to https://nacc-online.com/.../membership-info/ron-athey-award for more information. 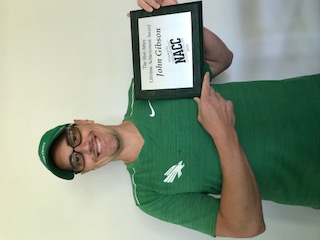